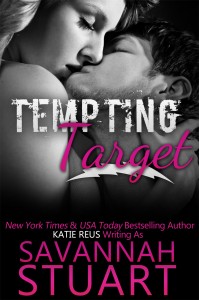 He’s wanted her from the moment they met.

Former Navy SEAL and security expert David McIntyre has been in love with Jade from the moment they met. Unfortunately for him, that was the week she married his best friend. When she lost her husband, David kept his distance. For years he’s stayed silent, giving her time to mourn. When he discovers she’s dating again, however, all bets are off.

Unfortunately for him, she belonged to another man.

After being widowed at a young age, Jade Hadley is tired of her celibate existence and is determined to add a little romance and sex into her life again. When her deceased husband’s sexy best friend admits a longtime attraction, her entire world is thrown off kilter.

Now someone wants her dead.

When someone targets Jade and they’re thrust into a deadly situation, the attraction between them goes incendiary. Sex definitely isn’t their problem. Convincing her what they have together isn’t purely physical, however, is. It might even prove to be a bigger challenge than trying to keep her alive.

NOTE: This was originally published in 2011 by another publisher. It has a new cover, a new ISBN, and has been revised and edited.

David McIntyre leaned back in the leather seat of the luxurious twin engine jet as the nose of the plane dropped and they skidded onto the runway. He grabbed his carry-on from the seat next to him, made his way to the front, and waited for the pilots to open the hatch. His return flight from the Caribbean had been as uneventful as the recent security job. The rest of the security team had all flown back to their respective cities but the band that hired him had flown him home on one of their private jets. The small but impressive plane sat twelve comfortably, but with the exception of the pilot and co-pilot, he was alone.

Despite his crazy schedule, he was grateful for his success. Two years ago, when his best friend died, he’d quit his job as a US Marshal and started his own security company. The thought of working the same job without Aidan by his side had made him feel…hollow. He’d gained enough contacts from his many years in the Navy, and then from working as a US Marshal, that jobs had literally fallen into his lap. If only his personal life was as smooth as his professional one.

A few minutes later, he thanked the pilot and descended the stairs leading to the tarmac. Without waiting another moment, he got into the idling taxi. The best perk about having an official passport was that he didn’t have to wait around for his luggage or deal with security checks. The driver half turned in his seat and asked him where he wanted to go. Without thinking, David rattled off Jade’s address. He inwardly cursed, but he also didn’t correct himself. It was bad for him to see her too often, but he did it nonetheless. Every time he came home, he had to see her.

Weeks had passed since he’d seen her last. Fifteen days to be exact, but who was counting? The need to be near her sometimes overwhelmed him. For three years he’d been trying to get over her but to no avail. Apparently, he was a masochist.

He shut his eyes, trying to block out the mental image of her but that only made it worse. Her skin was always a golden brown, and she usually left her long, honey-caramel colored hair down, swinging seductively around her shoulders. Her emerald eyes always seemed to be filled with laughter. A man could lose himself forever in those deep, exotic pools. And forget about her curves. His whole body flared to life just thinking about them. He never understood why she hated her hips. More times than he cared to admit, he’d fantasized about what it would feel like to wrap his hands around them as she rode him. Or as he took her from behind.

Of course, she had no clue how he felt. No one did. He’d heard about love at first sight, but he’d never bought into that bullshit. Until he met her. At first, he convinced himself it was lust, and that it would pass. He wished every day that lust was all he felt. Lust he could get over. Lust would mean he only wanted her physically. Unfortunately, his feelings strengthened each time they were together. Over the years, it had become easier to hide them.

For the first and only year of her marriage, he’d screwed every woman he could in an effort to get her out of his system. That hadn’t worked. After Aidan died, he’d stopped sleeping around all together. She might not exactly be on the market, but with Jade single, no other woman had a chance.