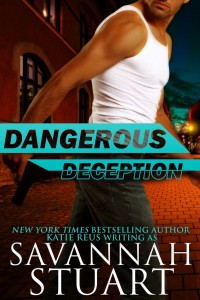 Two years ago her world was turned upside down…

Sage Miller’s life changed irrevocably with one violent act. Longing for anonymity, she relocated to the coast of North Carolina. Just when her life is settling down, a sexy man from her past shows up and wants to pick up where their explosive relationship left off. And this time, he’s the one calling the shots.

This time he’s not letting her go…

Former Navy SEAL Trent Takoda spent an intense week with the sexiest woman he’d ever met—before she disappeared in the dead of night. Now that he’s found her again, he’s not letting go. When a vicious stalker with ties to her past tracks her down, all bets are off. With a deadly enemy hunting her, Trent will do anything to protect her and prove they belong together.

Steering into the makeshift clay parking lot, he pulled as close as possible to the front entrance. He knew she hated getting her shoes dirty and she couldn’t help but smile. He was a little old school and sometimes a bit chauvinistic but the man was thoughtful.

“Thanks.” She didn’t explain herself because she knew he’d understand.

He grunted in response and jumped from the vehicle.

As they walked under the metal roll-up door, she couldn’t help but wonder if his brother was as laid back. She’d been lucky finding this job and hoped the other man was just as easy to work with. Combined with everything she’d gone through the past couple years and now these stupid phone calls, she didn’t think she could handle any more complications.

Jason’s phone rang the instant their feet hit the concrete floor of the warehouse. “That’s Trent. Can you get the inspector started, then go find the owner?”

She nodded and went in search of Sharpe. His truck was outside, so she knew the man was making a nuisance of himself somewhere in the building.

Her heels made a sharp clicking sound as she hurried across the expansive warehouse. She found the inspector behind a stack of packaged bottles, jotting down notes about only God knew what. He was only there to make sure the fire detectors were up to code and the outside elevations were correct. He had no business being back here and she was surprised he hadn’t heard her approach considering the racket her heels made

He swiveled from his crouching position and stood at the sound of her voice. His eyes widened slightly but he quickly recovered. “Sage! So good to see you again. And how is the prettiest girl in Hudson Bay?”

“If I see your wife I’ll ask her.” She couldn’t help herself. The man’s attitude pissed her off sometimes and once he found out they’d gotten him those reservations, he’d sign off on the report even if she was a smart-ass.

He cleared his throat and had the good grace to look uncomfortable. “Uh, yes, Jason said we’d start inside so—”

“He’s on a call so I’ll get you started with the fire detectors.” She turned and headed back toward the front, forcing him to follow her. He stood about five feet ten but with her three-inch heels, she was a solid inch taller. For some reason, that extra height made her feel powerful, more in control. Just the way she liked it. “Oh, by the way, I managed to swing a reservation at Le Coq Au Vin. Everything’s under Jason’s name.”

He chuckled and shook his head. “I don’t know how Jason survived without you.”

Nodding politely, she pointed to the east corner of the building. “Think you can manage without me for a second?”

“No problem.” Pulling his notepad back out, he turned away.

She retrieved the punch list from her purse and went in search of her boss. She found him outside still on his phone. When he saw her he held up a finger and kept nodding. “All right buddy, I’ll see you in a minute.”

“Sorry about that. Trent got lost. How’s Sharpe doing?”

She rolled her eyes. “Good I guess. I found him snooping behind some crates but he’s actually doing his job now.”

“My sentiments exactly.” The inspector was a hopeless snoop, but at least he was harmless.

A loud rumbling compelled both of them to turn toward the chain link entrance. “What the heck is that?”

“That would be my brother. His truck needs a new muffler apparently.”

“No kidding.” A dusty, beat-up looking vehicle careened through the access gate and pulled up on the other side of Jason’s shiny SUV.

“You mind sticking around for a second to meet him before you run off to find the owner?”

“Of course not.” The owner wanted to do one final run through now that it looked like the inspector was finally signing off on the legal stuff. Tucking the list under her arm, she glanced down at her feet and grimaced. The clay was murder on her new shoes.

Sage glanced at her watch, wondering what was taking Jason’s brother so long to get out of his truck. If he didn’t hurry, she was going to have to leave. When the door opened and she got a good look at him, she wished she was already gone.

It was her Trent. How that was even possible, she didn’t know. “That’s your brother?” The question sounded hoarse and scratchy to her own ears and she doubted Jason missed it.

“Yeah. You know him?” She felt her boss’s gaze on her but she couldn’t tear her eyes away from Trent.

Broad-shouldered, midnight black hair, perfect bronze coloring and standing about six foot one. He yanked his sunglasses off and stalked toward them. Yep, he still looked good enough to eat. Staring at him now, she couldn’t believe she’d ever willingly walked away from him. The man was walking sex appeal.

Heat involuntarily pooled between her legs as his dark eyes roved over her body in a blatantly appreciative manner. She might be fully clothed but the way he stared at her brought back too many memories.