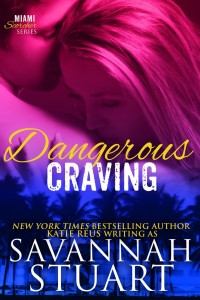 She has nowhere else to go…

A century ago, the only man Nissa ever loved turned his back on her when she needed him. Now that her life is in danger from one of her own kind, he may be her only hope for survival. As a full-blooded faerie and next in line to be queen, Nissa figures the last place anyone would think to look for her is with a pack of werewolves.

So she turns to the one man who broke her heart…

Werewolf Thomas Lazos knows he screwed up by letting Nissa go and he’s suffered the consequences for too long. Now that she’s finally back on the same continent, he shows her what she’s been missing all these years. The sex between them is as scorching as ever and the seductive faerie is still the only woman who makes him lose control in and out of the bedroom.

But who will protect her from him?

When he learns that someone wants her dead, Thomas will do whatever it takes to keep Nissa safe and finally claim what is rightfully his—her heart. But with an unknown enemy stalking her, it might be too late for a second chance.

“Phone’s for you, boss.” Stephanie, Thomas’ head bartender slid the phone across the polished oak bar.

He looked up from doing the week’s schedule and grabbed the portable. Probably one of the cocktail girls calling out sick. Again. His family’s pack had been dealing with so much crap the past few months from crazed Immortals to rogue werewolves he’d been unusually absent at work. Some of the new hires thought they could take advantage. That was all going to stop tonight. “Yeah?” he barked.

It was Paz. Immediately his demeanor softened. “Hey. Why are you calling the bar? Is everything okay?”

“I’m fine but your cell kept going to voicemail.”

Piece of shit phone. For some reason he rarely got service inside his club. “What’s up?”

“Yeah, I know. She already called and told me I better bring her a good present. Sounded like she expected another bottle of Dom.” His cousin Alex was turning twenty-two and last year he’d gotten her an expensive bottle of champagne. He shouldn’t indulge her again but it was hard not to. She was by far one of the youngest in the pack. His Uncle Cosmo had mated late in life and they had a much younger generation of wolves. Barely over two decades old, Alex was the oldest of her three siblings and one of his favorite cousins. Not that he’d admit it to her face. She’d use it to her full advantage. More than she already did.

Paz cleared her throat nervously. “So, Adam and I will be there of course.”

He frowned, wondering why she was acting so weird. “I kinda figured.”

“I have this friend from work who I was thinking of inviting. She teaches English and she’s sweet and really gorgeous. Tall, blonde—”

He massaged his temple. “Damn it, Paz. I don’t need you to set me up with anyone.” Did he seem so desperate his friend felt the need to find him a pity date?

“It’s been a century. You can’t pine over someone that long.”

Yeah, he really could. “Why did I ever tell you about her?” he muttered.

“Because I’m awesome—and a good listener.”

That much was true. But he’d mainly told her because Paz was half fae. He’d been hoping Paz knew something about the gorgeous full-blooded faerie who’d stolen his heart. No one in his family knew that he’d fallen for a faerie over a century ago. And not just anyone, but a princess. Of course he’d fucked things up but good with her. God, he couldn’t even think her name. It hurt too bad. An ache lapped across his chest like a slow building fire. He did not need to deal with this right now.

“I appreciate your concern but I’m fine and I don’t need help finding a date.” As owner of one of the hottest clubs in Miami he had his choice of gorgeous women. Not that he actually dated.

“I’ve already invited her, so—”

“Damn it.” He gritted his teeth. If he didn’t care for Paz so much he’d be pissed.

“I didn’t tell her she was there to meet you. Just that my in-laws were having a party and it would be fun. She might not even come.”

Thomas bit back a sharp retort, knowing he’d upset her. Paz was his sister-in-law’s sister and after a year in captivity at the hands of a madman, she was strong, but still more sensitive than most. And the little she-wolf held a soft spot in his heart. He didn’t have any sisters but if he did he’d want one exactly like her. “It’s fine. Just…no more attempted set-ups, okay?”

She blew out a long sigh. “All right.”