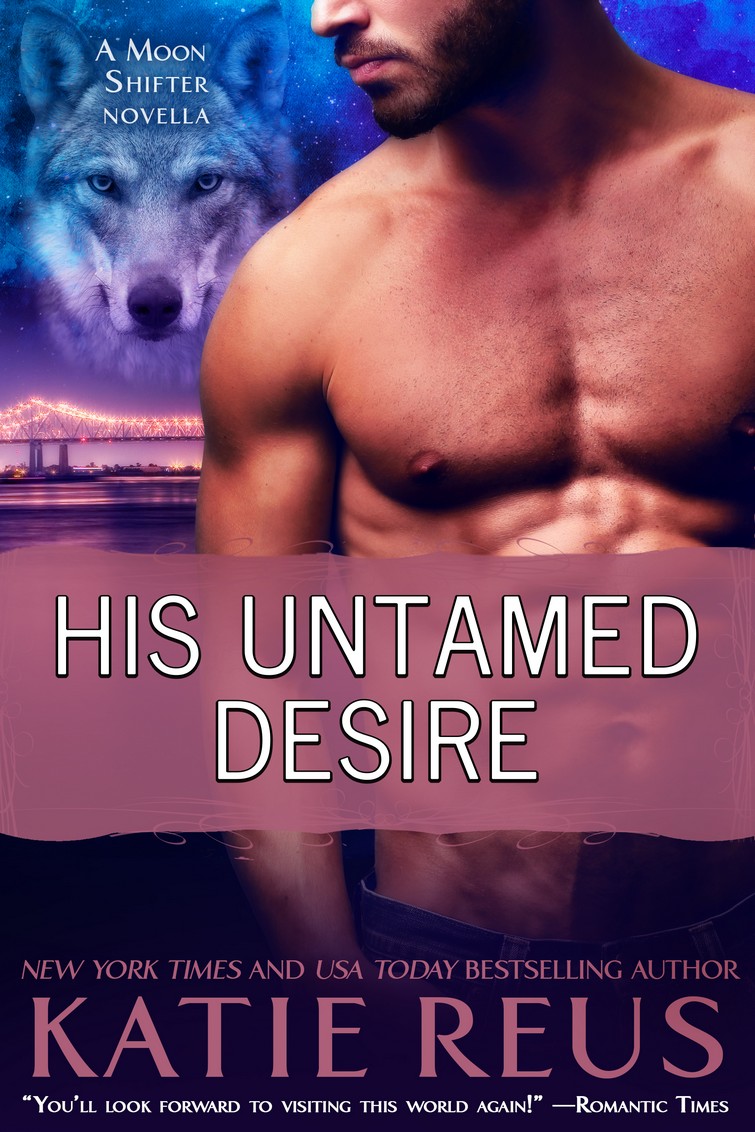 She’s ready to make her move…

Lupine shifter Daphne’s recent move back home gives her a chance with the fierce and sexy male she’s always wanted: jaguar shifter Hector. She plans to show him she’s all grown up, and more than enough woman for him. But a vampire from her past has been harassing her and will stop at nothing to make her his.

He’s not letting her go this time…

Hector knows Daphne can take care of herself, but he immediately steps in to protect her from a stalker. He’s lusted after the sweet and sensual she-wolf for years and won’t let anything come between them now. With circumstances forcing them to share a roof, Hector won’t hide his attraction toward her any longer. But Daphne underestimates her stalker’s persistence and it might be too late for Hector to keep the woman he loves safe.

Picking up her pace, Daphne hurried around the corner. Her shoulders relaxed a bit as she neared the Full Moon Bar. It was in full swing tonight. Music from a live band streamed out as a group of about ten shifters entered. A few seconds later, she did the same. Spicy food, alcohol, the press of different bodies—the scents accosted her at once. Since the majority of people who frequented it had oversensitive hearing, they normally kept the volume down. But with the live band, everything was rowdier tonight. She didn’t mind. Not since she was here to have a good time.

One of the security guys started to ask her for her ID but then blinked as he recognized her. Even though she’d been back a month she’d only seen her Alpha, her parents, and a few friends. She grinned at Saul, one of her packmates. He was only about a decade older than her. Big and broad-shouldered, just like most of the members of her pack, he had dirty-blond hair and near-black eyes. He stared at her, his mouth gaping for a long moment.

“Put your tongue back in,” she finally muttered. She didn’t look that different than before. She was really glad that even though they were part of the same pack, they weren’t even remotely related. It would have made the way he was checking her out gross.

Her face flamed at his words, but she rolled her eyes. “Is this how you talk to the ladies? No wonder you’re still single.”

He just smiled and pulled her into a giant bear hug. Even with her added height, he pulled her off the ground. Laughing, she wrapped her arms around his neck. As she hugged him, she spotted Hector out of the corner of her eye, but it was clear he wasn’t working. He was sitting at a high-top table . . . with a very pretty woman.

Daphne’s canines and claws ached, ready to unsheathe and draw blood. Jeez. What was wrong with her? Refusing to fully look in Hector’s direction, she kept her focus on Saul as he put her down. “How’ve you been?”

He shrugged, eyeing her with frank, male interest. “Better now that you’re here.”

She let out a sigh. “Seriously? That’s all you have to say to me?”

He grinned in that boyish way that she knew had charmed the panties off a lot of ladies. “I’m just messing with you, though you do look good. I was glad to hear you were back from college. Why aren’t you living at the compound anymore?”

Because she’d changed a lot at school. Despite needing her pack for support, she’d also found that she craved a little bit more freedom after having been on her own for the last four years. Instead of telling him that, she told a partial truth. “I’m getting my master’s at Tulane, and I was worried it would be hard to study at the mansion.”

He nodded. “I hear that. I’ve actually been talking with some of the guys about getting a place here in the Quarter. Be easier when we want to bring ladies home, you know?”

“God, you’re such a horndog.” She shook her head and nudged him with her hip. She might be twenty-three, but she felt light years more mature than Saul. “I see my friends. I’ll talk to you later.”

He grinned good-naturedly and resumed looking like a badass security guy as she walked toward the bar. Daphne could see Hector watching her intently, but she didn’t turn in his direction. Her entire body flared to life when she realized he was aware of her. Heat blossomed low in her belly and she wanted to curse him for having that affect on her. It took self-control she didn’t know she had, but she waved at the two human friends from one of her classes in the public health program without flicking him a single glance. Sydney and Annika smiled when they saw her.

Annika slid a full martini toward her as she reached their high-top table. “I ordered you one when I got your text saying you were on your way.”

“Thanks.” Taking off her fitted jacket she sat on the chair next to Sydney because it put her back to Hector. She could almost swear she felt his gaze on her, but wondered if that was her imagination.

“You know that hot bouncer?” Sydney asked, her dark eyes widening with interest.

“Um, yeah. But stay away from him. He’s likely only interested in a booty call. And FYI, he can probably hear you.”

Daphne held in a grin as she heard Saul curse. Her friends wouldn’t be able to hear him, and normally she tuned most conversations going on around her out. It was like background noise. It was how she was managing to filter out whatever Hector was talking about with the female at his table on the other side of the bar.

“Crap, I totally forget you guys can do that.” Sydney shook her head and took a sip of her drink.

Daphne did the same, but finished hers in a few swallows. She had a much higher metabolism and would have to drink four drinks to even feel any affect. Moments later, when Annika pulled her onto the dance floor, she found herself relaxing like she hadn’t been able to since she’d moved back to New Orleans. As she swayed to a familiar remake of a song from a decade ago, she was almost able to tune out Hector’s presence and the fact that she was pretty sure someone had been watching her for a month. It felt so good to just let go, to be free from responsibility for a little while. She’d killed herself taking a full load of classes every semester until she graduated with honors, and now she had two more years of school.

When the cover band started playing another familiar song, neither she nor her friends left the floor. She wasn’t worried about her stuff at the table. This was a shifter run and owned bar. No one would mess with anything. Not unless they wanted an ass-kicking.

She wasn’t sure how much time had passed, but over a dozen songs later the band took a break so she headed back to the table. Within seconds the girls were surrounded by males. Some shifters, some humans, and even a few vampires. It was Friday night and everyone was out looking for a good time.

As Annika and Sydney headed back to the dance floor with partners, Daphne begged off and motioned to one of the servers walking around. The second after the woman took her order, she scented a very familiar male near her. That fresh scent that had always reminded her of the rainforest was something she could pick out anywhere.

“Too good to say hi to me?” Hector’s low voice wrapped around her as he sidled up to the table, looking sexy as hell. His coffee-colored hair was a little long on the sides, and he had that perfect bronze tan that he never had to work for. He pulled up one of the chairs and propped against it, not fully sitting, as if he wasn’t sure he planned to stay. Wearing dark jeans that encased long, very muscular legs and a black sweater with the sleeves pushed up to his forearms, he looked delicious.

Daphne tried not to notice the way his muscles flexed as he crossed his arms over his chest, watching her curiously. His green eyes were mesmerizing and seemed more vivid against his tanned skin. She smiled brightly, hoping she didn’t appear affected by him. “You looked busy and I didn’t want to intrude.”

His gaze narrowed on her lips, and for a moment, she could see a raw, hungry look in his eyes. He did it so quickly, but it made her stomach do annoying flips. He’d never looked at her like that before. “You think I’d ever be too busy for you?” The sincerity in his voice rolled over her like a soothing caress.

She swallowed hard and shrugged. “I figured you didn’t want your sister’s friend cramping your style.”

He frowned in confusion as his gaze strayed behind her to where he’d been sitting. She didn’t turn around because she didn’t want to see the pretty redhead he’d been sitting with. Just as quickly his expression cleared. “That’s Inez, my buddy Raul’s mate. I was just keeping her company until he got here. They just moved from Costa Rica, and she doesn’t know many people.”

Daphne hated the relief that punched through her. She didn’t care who Hector spent his time with. Yeah, sure, she told herself.

Other Books in "Moon Shifter Series" 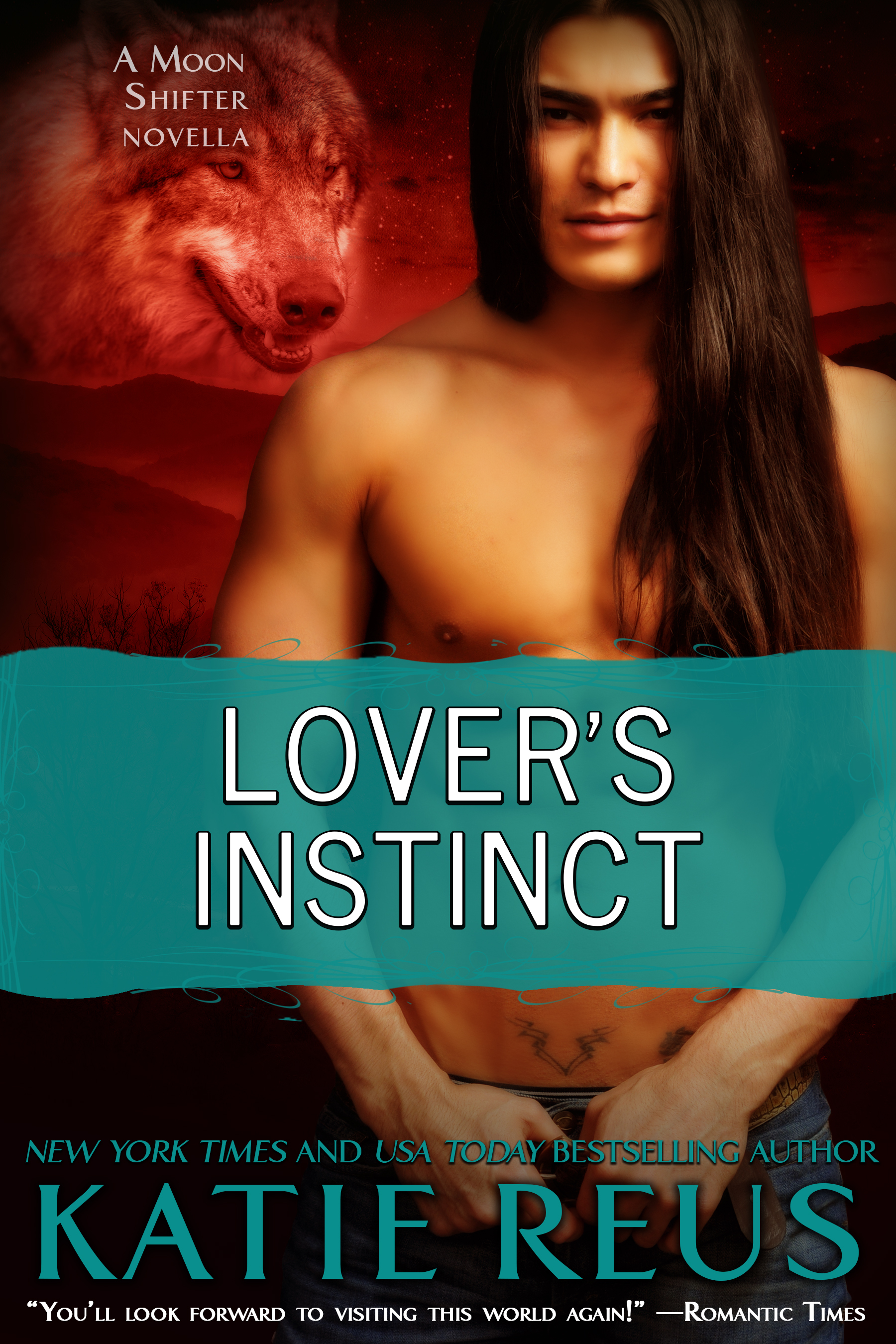